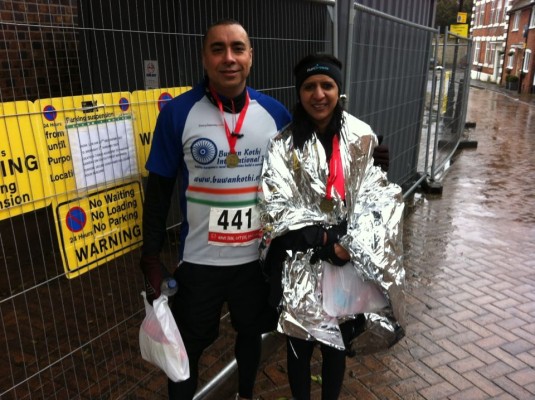 On the sixth anniversary of the death of former BKIT Trustee Gilly Mundy, after whom the Trust’s major project in India has been named, a team of runners including BKIT Trustees Jas and Sangita Mundy (right) braved the rain and freezing temperature yesterday to complete the first Warwick Half-Marathon.

It is still possible to sponsor the team at  Virgin Money Giving.